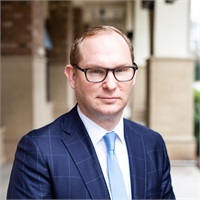 With a solid background in the financial industry, Matt Archer founded Archer Investment Management in 2006. He has been featured in several industry publications such as Investors Business Daily, US News and World Report and InvestmentNews, as a commentator on industry topics and trends. He can be found on Seasons 4 of “Practice Makeover,” a video series for advisors with InvestmentNews. In 2011 he was a recipient of the Triangle Business Journal’s 40 Under 40 Leadership Award for being a leader in both the industry and his community.

His experience in the financial services industry began in 1997 as an intern with Merrill Lynch in New York. In 2000 he began working as an independent financial advisor with FSC Securities. His focus is on partnering with affluent individuals, families and small business owners that want to consolidate and manage their financial affairs. He strives to help them attain financial freedom by making their financial goals and dreams a reality.

Matt serves as President of the Board of Directors for BEGINNINGS for Parents of Children Who are Deaf or Hard of Hearing and was the Committee and Event Chair for the NC Tour de Cure for several years. An avid runner, cyclist and swimmer, he has competed in a total of 12 IRONMAN Races, 3 full IRONMAN Races and 9 half-IRONMAN Races as a member of the Moxie Multisport Race Team. Matt has also competed in the Boston Marathon, twice in the Raleigh Marathon, and is a 6-time competitor in the Marine Corp Marathon as a member of Team Dykeman, which is a scholarship fund honoring a fallen Marine killed in Iraq in 2008. As a long-time member of the Rotary Club of Wake Forest, he has worked many fundraisers and events to support the local community. Matt is a die-hard sports fan and loves seeing baseball games at stadiums across the country. Saturdays in the fall you can usually find him at North Carolina State University football games. Matt also enjoys travelling, trying new restaurants, and visiting his daughter Madison, who is in the Nursing Program at the University of North Carolina Wilmington.

July 2016 - Matt Archer interviews with InvestmentNews to address common reactions during the Brexit fallout in "Lessons from a week of highs and severe lows with clients". Find out what he has to say on the issue:

May 2011 - The Triangle Business Journal named Matt Archer as one of their 40 Under 40 Leadership Award winners. Recipients are chosen based on their contributions to their professional careers and to the community. Read his interview to find out more about Matt and the award:

Get Financial News & Updates Delivered to Your Inbox